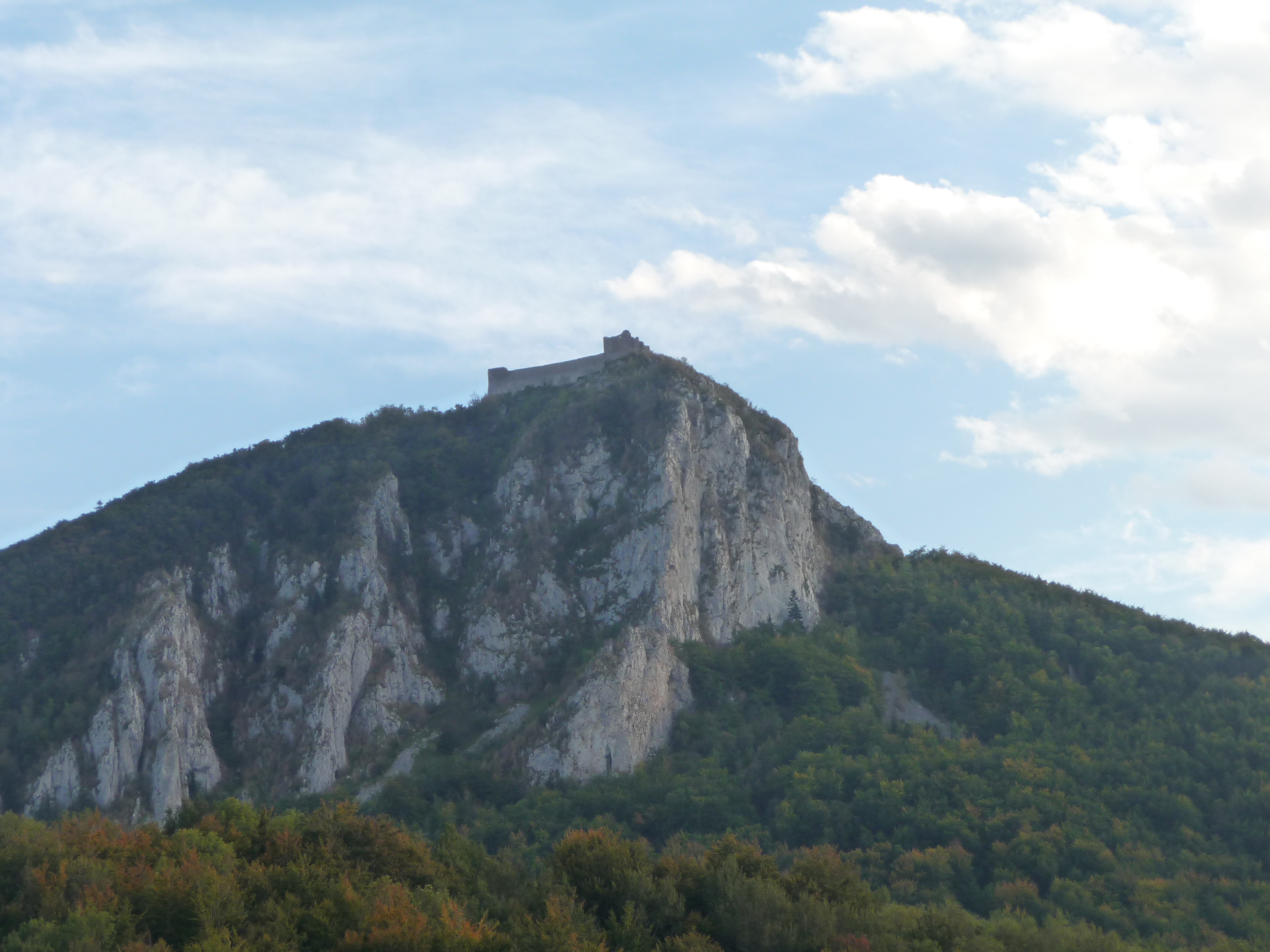 « Sun is shining again and enables ourselves to radiate from our center, love and comprehension towards each living Being. From this space where all is One, I radiate my love towards each of you with kindness and affection. In such occasions a new layer of consciousness will bring us to a very special place. I am going to open this place’s Sacred energy because it is made of love’s vibration and devotion, which has an aim that transcends and goes beyond ego and individuality.
We are going to travel towards Montségur. The safe mountain that sheltered the Cathar people. There was on this ground a family of souls, filled with love, whose mission was to maintain the christic mindfulness vibration. Women and men of all ages created a family of souls tuned and dedicated to experiencing unconditional love and consistency. They named themselves Cathar people and were known for their consecration to the service of others and by a consistent practice of everything their preached for.
Cathar people lived in Montségur and that’s where they donated their Being in body, when they were condemned by the Catholic Church to be burned onto the pyre. They were so called heretics but they have always practiced unconditional love. Yet the essence of their soul is still carved into the collective consciousness.
History is full of acts that have been generated by judging humain beings who don’t understand nor love. It is part of the consciousness of separation, and as such, nothing should be judged, good or bad. Human History is as it is, that is the consequence of separation.
Cathar people willingly gave their life and didn’t do it to become victims. Their apparent sacrifice to Church was an act of donation or devotion which aim was to impregnate and preserve their history within the memory of humankind.
Cathar people knew about the Graal, and were beholders of its essence. The Graal is a living energy that cannot be contained into a cup.
The historical presence of the cup which contained the Christ’s blood was a way to maintain the Graal’s existence legend alive. But it goes much further than the cup itself. It is about a state of consciousness, a state of Being with a big B where consecration and devotion lead to the source. In the same way Jesus showed us on the cross when he said : « may your will be accomplished and not mine ».
One has to empty oneself of all that is known to open and receive. One has to let go of ego’s attachments to give oneself towards the expression of one’s soul’s aim. The Graal is about converting bodies into conscious vehicles of mind. And what symbolized this was the cup into which Joseph of Arimathia collected Jesus’ blood. It is not the cup that sustains the Graal’s vibration. It is the energetic print of that brave state of consciousness’ devotion to the soul’s aim and by recognizing the Divine within oneself. It is by opening one’s arms to receive everything the universe is going to give, without fear of remaining empty and losing all notion or concept of what is known. Because when you give yourself to your Being’s aim, truth reveals itself and sets you free. The Cathar people knew about the Graal’s plenitude and lived by it every day. Their devotion was part of christic’s consciousness’ transmission to humankind. Because at the time of their collective death, those souls soared into light, radiating with unconditional love and consistency, which they had always practiced. They created a resonance wave that has been received around the world and sustained by all the souls who, at that time, resonated in the same way.
Montségur is a sacred place, an initiation place where ego is meant to go back to all that was known and transformed then in the Graal which received souls in a processus of total and unconditional donation. It is only by remaining in the void that we can understand that life is change and that the source lives that filling and emptying experience forever, which is the natural cycle. Life shows this to us as our body fills and empties itself from air at each breath.
The sacred print of Graal symbolizes the body of light. The vehicle that contains the Being is the essence of christic consciousness that occurs as a vibration that radiates towards human beings’ DNA, thus activating its awakening vibration. And its memory sheds inside thirty-three vertebras of our spine. That is where the ninth layer of consciousness will clean your memory to enable you to access this Graal’s state of consciousness. It is our desire that the Graal awakens in each of you and that the Divine will occur in all its plenitude.
With love. Vesta »
Text written by Kay, website http://www.quantumholoforms.com/ translated by Maria-Elisa Hurtado-Graciet & corrected by Jean Graciet into French. And then by Sébastien Irola into English.